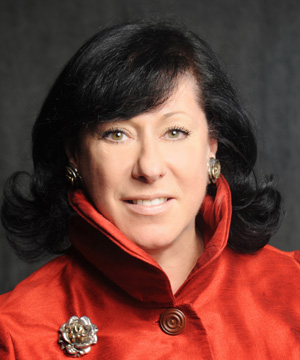 Edie Weiner is president of Weiner, Edrich, Brown, Inc., a leading futurist consulting group. Formed in 1977, WEB has served over 400 clients (corporate, academic, government) in identifying opportunities in the areas of marketing, product development, strategic planning, investments, human resources and public affairs. Clients have ranged from the U.S. Congress to many of the Fortune 500. She is acknowledged as one of the most influential practitioners of social, technological, political and economic intelligence-gathering.

At 29, Ms. Weiner was the youngest outside woman ever elected to a corporate board. She has been a guest lecturer at Wharton, Harvard, The U.S. Army War College, and a number of other universities. Her articles have appeared in numerous publications, including The Harvard Business Review, The Futurist, and The Wall Street Journal. She has co-authored four books with her partner Arnold Brown: Supermanaging (McGraw-Hill 1984), Office Biology (MasterMedia 1993), Insider’s Guide to the Future (Bottom Line, 1997), and FutureThink (Prentice Hall, 2006). She has keynoted over 300 conferences.

Throughout the 1990s, she founded and chaired the Esteem Teams, an innovative program in which dozens of inner city, at risk girls were mentored by executive women. She serves on numerous Boards and Advisory Boards, including the US Comptroller General’s Advisory Board, Women’s Leadership Exchange, and The SyFy Channel. In the past, she has been on the Board or Advisory Board of the José Limón Dance Foundation (Chair), UNUM Corporation, First Unum Corp., CompUSA, the Fashion Group International, ThinkQuest New York City (Chair), Boardroom Inc., Independent Agents & Brokers of New York, and the Women’s Forum. Ms. Weiner is a member of the Women’s Forum, a co-founder of the Belizean Grove, the first recipient of the Fashion Group International’s Entrepreneur of the Year Award (1998), NOW New York’s 2011 Woman of Power and Influence Award, and The World Future Society’s 2011 Lifetime Achievement Award.

How does Edie achieve swellness?

Edie achieves swellness through laughing a lot, inviting dozens of friends and family over for crazy weekends at her country home in PA, doing 3-dimensional art work, connecting new friends up with old, and sitting on a bar stool and talking to hundreds of people about the future. 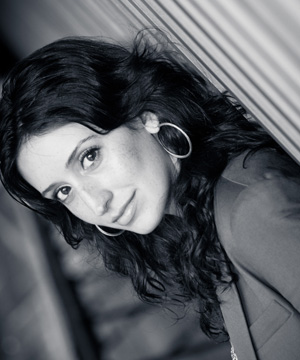 Erica Orange is Vice President of Weiner, Edrich, Brown, Inc. (WEB), a leading futurist consulting firm based in NYC. Erica frequently lectures about future trends for corporate, organizational and academic audiences. She has also authored several articles and white papers on various social, technological, economic, demographic and political trends, and her chapter titled “Understanding the Human/Machine Interface in a Time of Change” was recently published in the Handbook of Research on Technoself. She was a frequent columnist for Yahoo! Sports’ online magazine ThePostGame.com, and a blogger for The World Future Society, SheCreatesChange and Webgrrls International.

Erica currently serves as a Board member on the Career Advisory Board presented by DeVry University. She also sits on the Advisory Board of the Young Luxury Marketers’ Council and the Junior Advisory Committee of OCNA (Ovarian Cancer National Alliance). She was also chosen as one of the first Susan Schiffer Stautberg Leadership Foundation Fellows, and for four years served as Chair of the Adjunct Board of Directors for ThinkQuest NYC, an organization that brought technology to New York City students.

How does Erica achieve swellness?

Erica achieves swellness through listening to her favorite artist, Jonatha Brooke, interpretive dancing around her space-challenged NYC apartment, going on adventurous trips around the world, hiking in the woods, drinking Spanish wine and snuggling with her pleasantly-plump felines. And, of course, spending quality time with her lovely husband (see below). 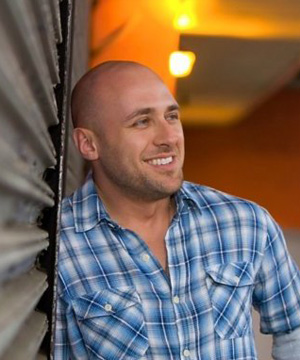 Jared Weiner is Vice President of Weiner, Edrich, Brown (WEB), one of the world’s leading futurist consulting firms. Jared evaluates emerging social, technological, economic, political, demographic and environmental trends in the global marketplace – and identifies the strategic implications of those trends for several of the most influential Fortune 500 companies, trade associations and public sector clients. Jared literally grew up in, and around, the business. As the second generation of WEB, Jared spends every day working with both his mother and wife – a testament to the harmonious nature of futurism…and the power of surrender.

Jared currently serves on the Board of Directors of the World Future Society, the world’s preeminent futurist industry group. He also sits on American Express OPEN’s Digital Advisory Board, the Advisory Board of design start-up RAREculture, the Advisory Board of the Young Luxury Marketers’ Council and the Junior Advisory Committee of OCNA (Ovarian Cancer National Alliance). He frequently lectures about future trends for corporate and academic audiences, and has been a featured speaker at industry conferences such as FUSE, the World Future Society annual conference and the NACS (Association for Convenience & Petroleum Retailing) annual conference.

How does Jared achieve swellness?

Jared achieves swellness through traveling, being outdoors, listening to music from the only era that matters: the 1980s, working out (often to soundtracks from 80’s films), forgetting that he actually roots for the New York Jets, enjoying a refreshing glass of Scotch, spending time with his two beloved cats, and having deep conversations about quantum physics and the nature of the universe with his cuddly wife (see above).

Director of Sponsor and Member Development 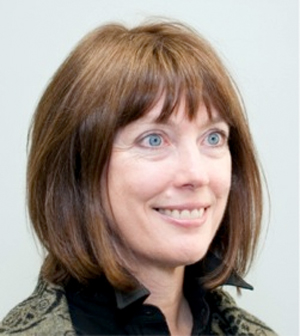 Elizabeth Eiss is Director of Sponsor and Member Development for The Swellness Movement. She works closely with Edie, Erica and Jared to foster a groundswell of participation in the Swellness community.

Prior to starting her own firm, Elizabeth held executive positions with Dreambuilder Investments, a private mortgage investment firm, MSBD, a boutique marketing/PR company, technology start up XpertUniverse, and, during an extensive career in the insurance industry, with XL Capital, CNA Insurance Companies and The Hartford Insurance Group. Elizabeth is also a Managing Director of Golden Seeds, an investment firm dedicated to delivering above market returns through the empowerment of women entrepreneurs and the people who invest in them. She has served on the advisory boards of Solidware, Pro Mujer International and The School of American Ballet.

How does Elizabeth achieve swellness?
Elizabeth is generally up for anything, and as the consummate organizer, enlists friends and family in a steady stream of adventures. She enjoys doing and watching nearly all kinds of sports, with a particular love for golf, bike riding and practicing Pilates. As a baker, she is a highly attractive houseguest, preparing home-made bread, pies and cookies on premises.